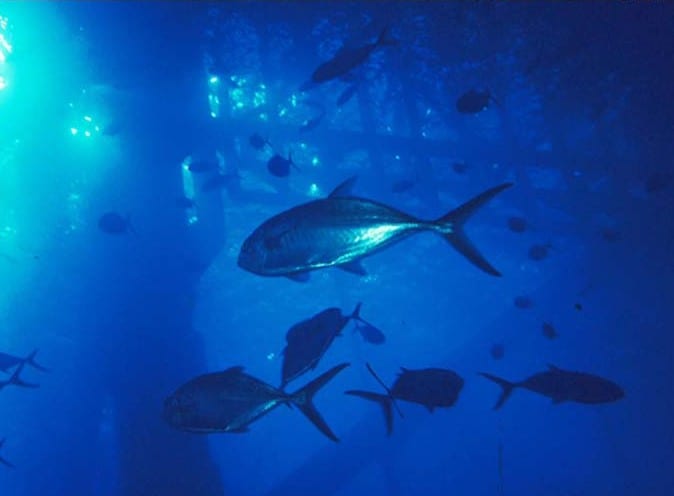 Body color of the blue runner is light olive to bluish green on its dorsal part, and becomes silvery gray to golden below. Operculum of the fish has a black spot. Tail tips of a blue runner is black in hue. Younger fish have seven vertical bands on their bodies.

Primarily an inshore fish, the blue runner is known to live on reefs in waters deeper than 100 meters. Younger blue runners inhabit offshore while adults are found nearshore, but sometimes range inshore.

These fish are found in almost all of Florida coastal waters, from rivers and streams all the way to the deep open water.