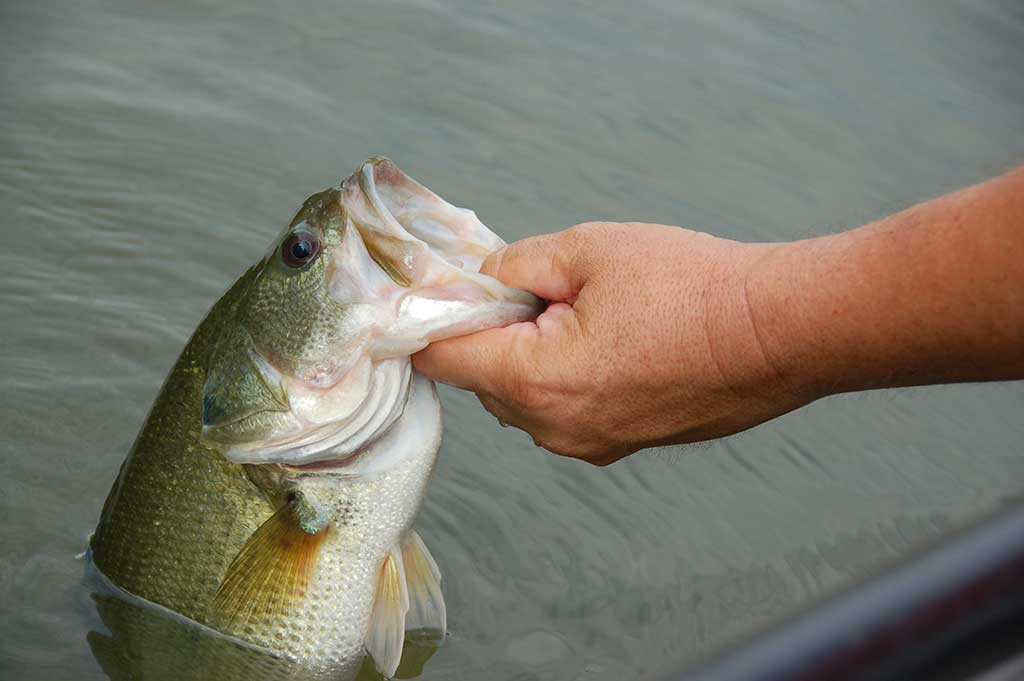 Bass Fishing on the Ocklawaha River

The Ocklawaha River is located in Central Florida, originating at Lake Griffin in Lake County and flowing north for 74 miles until it joins the St. Johns River in Palatka. It’s a great place to canoe, kayak, and fish, and bass fishing is especially popular.

Forming the western boundary of the Ocala National Forest, the Ocklawaha River still has areas that are untouched by man. This means you’ll find plenty of stunning natural landscapes and lush wildlife. There are hydric hammocks and flatwoods, with sugar sand (super soft sand that is easy to get a vehicle stuck in) and scrub pine ridges. There’s plenty of wildlife to spy on, too. You’ll see wild turkey, white-tailed deer, wading birds, and of course, water moccasins and alligators. Black bears are also a possibility, as are boars, foxes, and possums.

The Rodman Resevoir, also known as Lake Ocklawaha, is a premier bass fishery that you’ll want to make sure you check out.

Bass fishing on the river

Largemouth bass are the best known and most popular in North America, and you will find them in abundance in the Ocklawaha River. You can distinguish the largemouth from other black bass by the fact that it’s upper jaw extends beyond the rear edge of the eye, and its first and second dorsal fins are separated by an obvious, deep dip.

When bass fishing on the Ocklawaha River, you’ll find that the best live bait is the golden shiner, and the best artificial would be plastic worms, and Texas- and Caroline-rigged worms are particularly effective when fishing under cover.

Florida isn’t called the Sunshine State for nothing. With lots of sunny days, you’ll find the bass will be hanging out near the bottom of the river. On these days, you’ll want to use bottom bouncing bait like a jig or Texas rigged soft plastic worm and take it to the lazy fish. On overcast days, you’ll have better luck with moving baits like spinnerbaits, chatterbaits, and topwater plugs, to draw big strikes from the more active fish.

Bass love to hang around under cover so they can ambush their prey. The Ocklawaha offers plenty of cover along its banks, and you’ll have no trouble seeking out rocks, grass, lily pads, or wood from fallen trees.

The Sunshine State doesn’t have the clearly defined four seasons that other states do. Summers are hot and humid; fall, winter, and spring vary wildly depending on the day and the year. Sometimes it’s warm, sometimes it’s cool. You’ll want to keep these temperature variations in mind, as they also affect water temperatures. You’ll want to remember to use slower moving baits in cooler water, and faster, more aggressive lures when the water is warmer.

You’ll find that spring is the best time of year to catch bass, as they move into shallow water to spawn. March and April are the best months for this.

Chances are, you’ll need a fishing license, even if you’re the worst fisherman in the world and catch nothing. There are some exemptions, such as children under the age of 16, or Florida residents over the age of 65. If you’re not sure, you can confirm whether or not you meet one of the exemptions before you head out on the river.

The Ocklawaha River is a beautiful body of water on which to spend a few days fishing. Just keep your eyes open, and your muscles ready. That sharp tug on your line might not be the biggest bass in the world, but a gator who thinks you’re giving him dinner.