Florida Keys means “Florida’s little islands”, coining from the Spanish word “cayo”, which means “little island.” The Keys had been originally inhabited by the Caloosa Indians. The Spaniards arrived in the Keys in the early 16th century, headed by Ponce de Leon. The islands became the source of money for the Spaniards through logging the mahogany trees which grew in the area. The Spaniards even made the Caloosa Indians as slaves. There was no source of freshwater in the area which had no good soil and too many insects, so the Spaniards left, but noted the Keys in the maps.

Spanish galleons passed by the Straits of Florida from Central America to Spain while bearing gold on their ships. No good maps had been recorded as many shipwrecks occured. In the 1700s, the Englishmen from Bahamas navigated the area for any signs of wreckage. They did not inhabit the area until 1821, when the US got Florida from Spain. Since then, the wreckers settled in the islands.

The Keys were deserted. When the US government came and made expansion plans, people came and inhabited the area. The first settlers came in around 1820s, and they settled in Key West, or Cayo Heuso (Bone Island)l. The area was then full of human bones of the Caloosa Indians, who used the area as their burial ground. However, the rest of the Keys was uninhabited. Two decades after the people settled in, Fort Zachary Taylor was established. The fort was used as an army base until 1940s.

Nine years after the Civil War, the US government wanted to develop homesteading program for the settlers in the Florida Keys. The settlers made their homes in whatever materials they could find, even if running water was scarce. The settlers tried eradicating mosquitoes with fires, night and day. Most of the settlers lived through farming the poor soil and through fishing. Those in Key West continued to be wreckers, but they also farmed. The people were able to produce products such as pineapples, coconuts, and oranges, which they placed in smaller boats to be carried on to larger boats, to be sold to the markets.

Henry Flagler arrived in 1905. His railroad project from the East Coast of Florida was continued to Homestead up to Key Largo, but the construction was completed after 7 years. Later, the farmer-settlers caused the top soil of the area to be depleted. In 1935, most of the towns along the way were wiped out during the Great Hurricane, which killed more than 800 people.

In 1942, freshwater was introduced to the islands through the pipeline which started from the Everglades. The government also took its part in promoting the Florida Keys as a tourist destination. 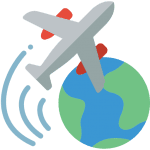 One way to get to the Lower Keys either by bus or car is through the U.S. Highway 1, otherwise known as the “Overseas Highway.” Most islands in the Keys can be accessed using this route. 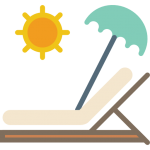 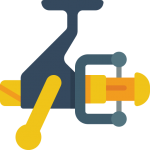 As azure seas surround the Lower Keys, fishing opportunities are really abundant. Listed are fishes which can be caught in the area. 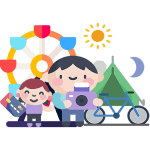 If you enjoy being under the sun on a beach, touring historical places, playing golf, or simply watching a romantic beach sunset, then come and experience sunshine paradise in the Lower Keys!

Come and experience the Lower Keys’ gastronomic offers while enjoying the warm sunshine and paradise at its best.